What is future of gaming ? which tech should used for gaming in 2021 -technilesh

What is the Future of gaming? which tech will replace games in the future?,gaming tech,technilesh gaming ,

What is the Future of gaming? which tech will replace games in the future? 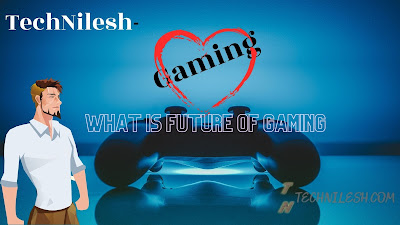 Hellos guys we are going to explore the gaming industry and how the game developer is working. The video gaming industry is growing exponentially day by day. The new tech & programming language are also developed by the gaming engineers to make games in an efficient way and faster. The second big industry is gaming and the first is Information Technology (IT). We are exploring the new tech which would replace the game in the future. the R & D (Research & Development )are continuously working to develop the gaming platform, which works in an efficient way and not the need to change the hardware from time to time. The Cloud, AR &VR, holographic &3D gaming are the some way that would replace gaming future 2021. 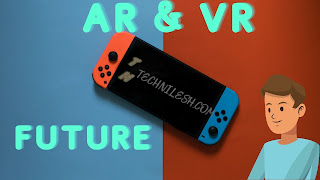 The augmented reality and virtual reality .i.e. AR & VR are future gaming tech. This Tech works on virtual gaming that users can easily view the gaming in real mode .for this tech the device or hardware is required is VR glass. When the user wears the VR glass on the eyes like the sunglass or specs .the VR helps to user to become in the gaming and playing in real mode. The motion of the user used for controlling the gaming like moving, driving a car or running, or anything in the game.
The VR also used in IT, medical,engineering,learning , teaching,,VFX and many more. therefore The VR will be the future of gaming. 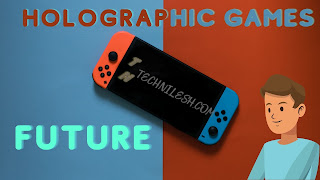 This is techs where the holograph of the full game created and the user easily plays as the player of game. This tech will not require any hardware to wear the user. this is happening using some strong type of projector which has the ability to transmit the ray and also to capture the movement of the user and used this as controls of the game. The Holography is basically developing for the medical sector to present any doctor at a specific location if that doctor is not present at this location. The many things are happening because of the holography and also used in medical, IT, business meeting, and finally gaming. The R and D of companies like Rockstar, EA sport, unite, and also other video gaming companies. Therefore This tech would the future of gaming and also the IT sector, medical, and other sectors also. 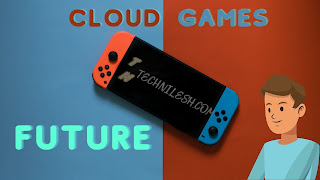 The Cloud gaming is the best way to play games in efficient way, this tech also is in developing mode. The Cloud gaming just requires the hardware that has a decoder which displays the game output.In this tech the game algorithm or program is placed on the cloud and not on the user side local storage. When the user pressed any key on the console e.g "W " for moving forward this input is sent to the cloud using the hardware and internet. The input is taken by the cloud and input to the cloud game program and the output of this program again send to the user side via the internet and using the decoder user get the game player moves to move forward. this tech most efficient for gaming. Therefore this is the best tech to replace the gaming in future. This doesn't require changing hardware from time to time. 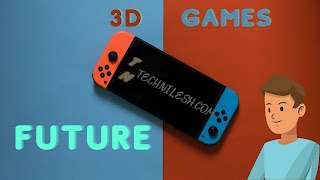 The 3D games (3-dimensional games) is largely used to develop the real-world game like GTA5, and simulation games like airplane. The 3d is also used in movies and simulation software like car driving. The 3 D game used a lot of memory and these games are offline games. The GTA 6 is also the biggest game which is coming with high-end graphics and real 3d animation. This game leads to a revolution in 3D Games. 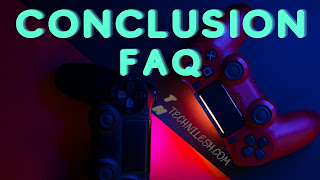 This all tech is best at their category but all tech has some disadvantage. The best tech in above is cloud gaming because the cost of cloud is low considered to another tech. The Cloud is also an efficient way to play games, this also needs not to update or change the hardware from time to time. the cloud gaming hardware is a one-time cost, where another cost is only for high-speed internet. The Tech world has no endpoint after this also new more efficient gaming tech should be invented.

QUE 1: What is a hologram?
ANS: it is the images generated by the projectors.
QUE 2:What is AR & VR gaming?
ANS:  Augmented and virtual reality takes the user in-game and the motion of the user is the control of the game.
QUE 3:What is Cloud Gaming?
ANS: The Game code is present on the cloud and the user runs the game on their device.
Que 4:What is 3D gaming?
ANS : It is a simulation type game which user has to move in any directionand has ability do any work in that game.