What is RoadMap For DataScientist in 2021,What is Advanced Data Science ,what future of Data Science -Technilesh

What is RoadMap For data scientists? 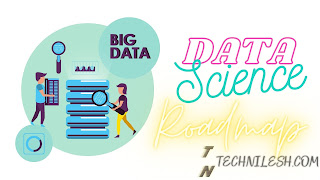 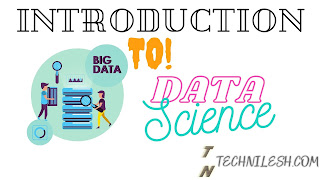 In ancient times many scientists predict various things like weather conditions, Tsunamis, and many more using the data and Analysis of Data only. The Ancient analysis method is implemented on the machine is actually data science. We Take sets of data and analysis them using programming languages like R & python. after analysis of data, we make an model which only for specific data sets and gives the particular output with accuracy.
The Data Sciences also helps to Machine Learner, that they can use a particular sorted data which is sorted by the data scientist. The Machine Learner gets the specific Data sets required in a specific format that matches the requirement of the ML model. So the Prediction of the ML model will be Accurate with more Efficient. 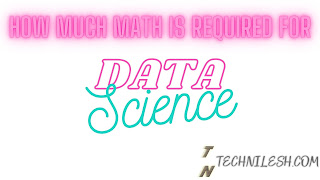 The Math used in Data Science is Linear Algebra, Calculus, Graph Theory, Probability, Statistics, Discrete Math & Information Theory. The Law of Statscticts & probability are used to find the prediction and the Calculus part is help to calculate the Statscticts & probability. The Graph theory to find the best graph to draw the outputs. To Draw the pie chart we required all these fields. Data Science also helps to represent the data in a specific format which they want like a flow chart, pie charts, and other charts. 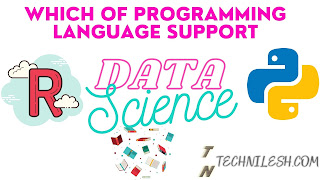 There are many Languages like ,R ,Python ,Java ,JavaScripts ,C/C++ ,Matlab ,Scala And other .But The two Languages used widely in Data Science are R & Python. In which Python is easy to learn and The Python has widely many libraries which help the user to reduce the work coding. The Numpy is a Library of Python used for Math calculation and operations. The Tools used for Data science are Jupyter Notebook, JupyterLab, Rstdio ide, Git, GitHub & Waston studio.
For DataBased We used the SQL ( Structured Query Languages ), This Is a language use for Python for Data Storing and retrieving data. 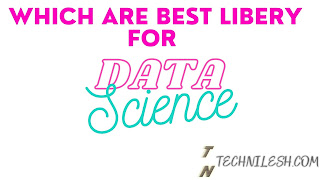 The Tensorflow is openSource which is used to build the graph model. This is the Library of Machine Learning which is used to create Neural Networks. All The Liberies are used for Data Science and mainly for Specific Field Machine learning and Deep Learning. The AI is All About the Data Science.
The project on Tensorflow (Voice /Sound Recognition, Text-Based Application, Image Recognition, Video detection, and many more ). The Best Library for data science is TensorFlow.

The Open Cv Library is Open Source, which is used for Image Processing. The Many Project of Images is done by Open Cv like Face recognition system. The Open Cv automatically Converts the Image in the format which is used while coding .i.e in Pixel format with the coordinates. The Open Cv Contained Three steps, first Take an image or import the image, then analyze the image and take the data from the image,third step is interesting which is used to compare the image with the algorithm we used and showcased the output.

The Pytorch is Machine Learning Library that is used for Computer Vision & Neural Language Processing ( NLP ). This is also used for deep learning projects. This is also important Libraries 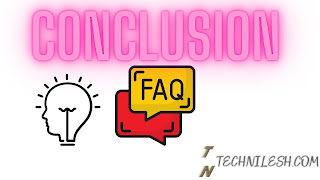 Data Science Has Huge Scope in the future, The All company Need To sort the Data For Machine Learning that Machine can easily understand the data in a specific form. Data Science has a lot of things in the Research field, you can master it in this field. For Data Science you Need a first complete bachelor's degree in computer science /Tech /Engg, Then apply for M.tech/M.s in Data Science. Data Science is very important when the large data .i.e in the range of Terabyte and Penta bytes, we cant sort the data using such a sorting algorithm which taking a long time to sort the data every time.The Data is important to run the Machine Learning.

Ans: The is a piece of information, which is stored by the user and used for any purpose like machine learning, client details, and others. The Data is Piller of the Data Science and Data Strcture.

Que 2): Which are the Best Books For Data Science?

Que 3): Which Math is used in Data Science?

Que 4): Which is the Best Book For Data Science?

Ans : The Element OF Statistics by Trevor.

Que 5): What is used of Data Science in Machine Learning

Ans : Actually the Ml is part of data science. Data Science makes algorithms and statistics together on the data to get the output.

Que 6): Which Programming languages are used for data science?

Ans : The two language are popular for Data Science is R & Python. The Python is best it consists of Pandas and Numpy libraries for math and some ml algorithm for data science.

Que 7): Which are the libraries used for data Science?

Ans: Numpy, Tensorflow, Pytorch are the best Liberaries for data science and machine and deep learning.

Share This Content to ward the Tech Enthusiast and who is seeking for Roadmap for the Data Scienc and want learn what is data science and machine learning.