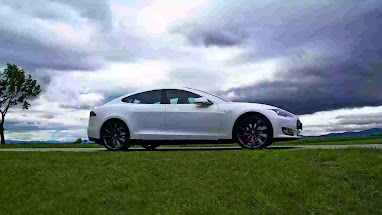 The 2023 Mercedes-Benz CLA will feature updated powertrain options, including a 48-volt battery
that increases fuel efficiency in all the petrol engine models. This hybrid technology provides an additional 13 horsepower and aids the engine during start-stop scenarios. All four-cylinder engines will be paired with either a seven or eight-speed DCT transmission and come equipped with this hybrid technology.
According to Mercedes-Benz, the belt-driven starter generation results in low vibration and minimal engine noise, particularly when the vehicle is cruising with the internal combustion engine turned off. The petrol range begins with the CLA 180, which is powered by a 1.3-liter motor that generates 134 horsepower and 230 Nm of torque. The CLA 200 features the same powertrain, but with an output of 161 horsepower and 270 Nm. Next is the CLA 220 4Matic, which has a 2-liter engine and generates 188 horsepower and 300 Nm. The top-of-the-line CLA 250 4Matic has an output of 221 horsepower and 350 Nm of torque. The latter two models come with all-wheel-drive systems.
The CLA also continues to feature the tried-and-true 2-liter diesel motor, which is available in three trims. The CLA 180d is the entry-level variant and generates 114 horsepower and 280 Nm, while the CLA 200d and CLA 220d have power outputs of 145 horsepower and 188 horsepower, respectively.

The standard configuration for the CLA's interior includes a dual-screen setup, featuring a 7-inch and 10.25-inch display that controls both the car's infotainment and gauges. Alternatively, there is an option to upgrade to a wider screen, which includes two 10.25-inch displays. The standard steering wheel is covered in Nappa leather, and the AMG versions come with additional features, such as a carbon fiber-like finish, open-pore brown lime wood, or brown microfiber. Additionally, the AMG models also have a heated steering wheel.
Mercedes-Benz has kept the recognizable all-black grille with chrome studs. The front fascia has been updated and redesigned. The new CLA now comes with standard LED High-Performance headlights and LED taillights. The standard equipment includes 17-inch alloy wheels in silver or high-gloss black finish. However, there are various options for upgrading to larger 19-inch wheels.